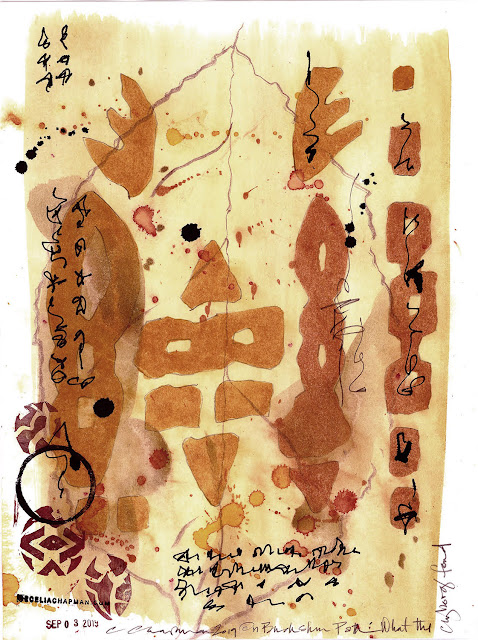 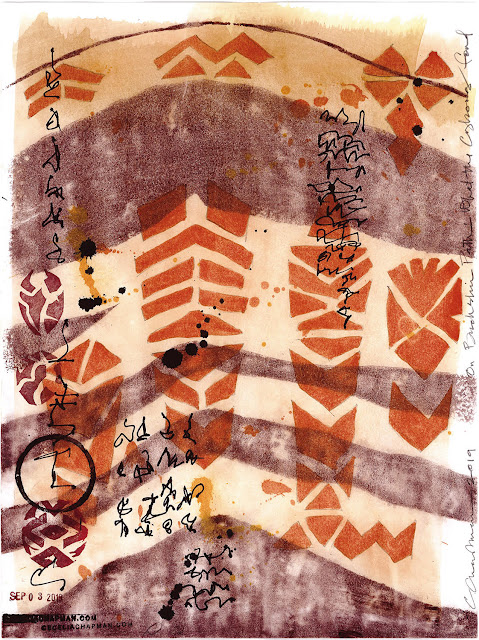 Jeff Crouch: Asemics is going to become more important as AI becomes more pre-dominant. Why? AI is still fundamentally tied to the concept of symbolic expression, something which dates back, at least, to the significant linguistic work of Noam Chomsky, which supplanted the linguistic work of Benjamin Lee Whorf and made generative grammars vogue. The work of Chomsky greatly benefitted the development of computing, especially compilers and computer logix. So, it’s a path that has had  its benefits. Yet for me, such grammars are linked directly to symbolic expression. But Geoffrey Hinton, the brain behind the use of AI at Google, does not believe that mental images reduce to pixels, nor does he believe that thoughts reduce to symbolic expressions. Again, for me, the insight of Hinton is in line with the insight asemic writing provides. Asemic writing is about something other than the symbolic, for the most part. So, the path Hinton provides allows us to re-incorporate the work of Whorf into our studies and to investigate mind as something largely not representational, a path which asemics has provided in aesthetics for a while now.
Cecilia Chapman: This is soooo helpful....I would even suggest the mind was trained to use symbolic images and got off on the wrong path at the dawn of history....and has caused a lot of divisive human problems. You know me and shamans and in a sense I think they helped steer us wrong...by providing symbols as a way of being helpful, or manipulative and cunning, to maintain control of the tribe to survive, while they were the last guardians of the intuitive mind. Which, as primitives going into space, is a mindset we might need to regain, the intuitive mind, completely erased of symbolic imagery. I mean we won't  need to communicate about getting the cows into the barn before the storm, or buying socks for winter or gold before a crisis or supporting a politician or any of those symbolic messages will we? Coming from a design background where the message is used to seduce and sell, I find that hopelessly inept and following the shamans original intent....we might be encountering new life forms and need to engage on an entirely different level. Maybe we don't even engage ourselves, but through AI, then what? Maybe our minds are read, maybe we learn to read minds...perhaps our minds are too vulnerable and we have to learn to shut down through advanced forms of meditation and find other neurological ways to engage. Anyway I don't know about Chomsky and Hinton and I am going to go read about that. But I totally get the future-as-here-now uselessness of symbolic thought to engage and I won't use the word communicate because that implies message which needs symbols. But in asemic drawing I get to erase my almost senseless graphic training and explore new  ways of visual engagement and conversation.