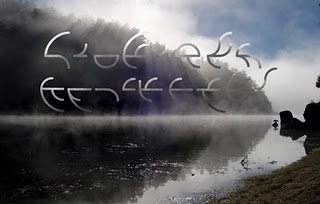 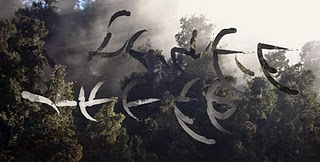 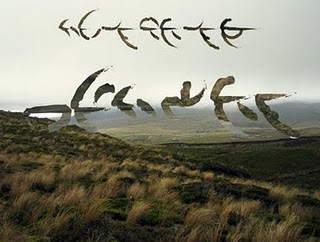 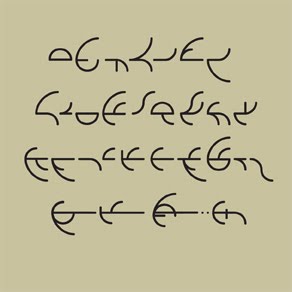 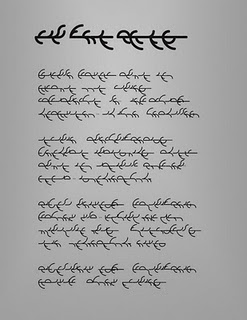 I am inspired by writing that I cannot read, pronounce, or interpret. I can enjoy the letter forms of Burmese, Kufic, and Kanji without being interrupted by their meaning. I wanted to create a font with a striking appearance whose letters would have no meaning to any culture. I began by creating some basic elements like straight lines and half-circles and arranging or repeating them different ways. What resulted after a few drafts was an alphabet of viney, serpentine letters which led to the name “Seaweed.” After finishing the alphabet I wanted to put it to use so I did type treatments with some landscape photography (by Fabio Governato) which I think amplifies their primitive and mysterious characteristics.
Posted by Michael Jacobson / MK JCBSN at 9:17 AM

What is the alphabet for seaweed? I'm making a D&D character that is from an alien plane but also a druid and I think this would be neat flavor for the home game!

Yes please could you share the alphabet. This very beautiful script and I’d love to play with it