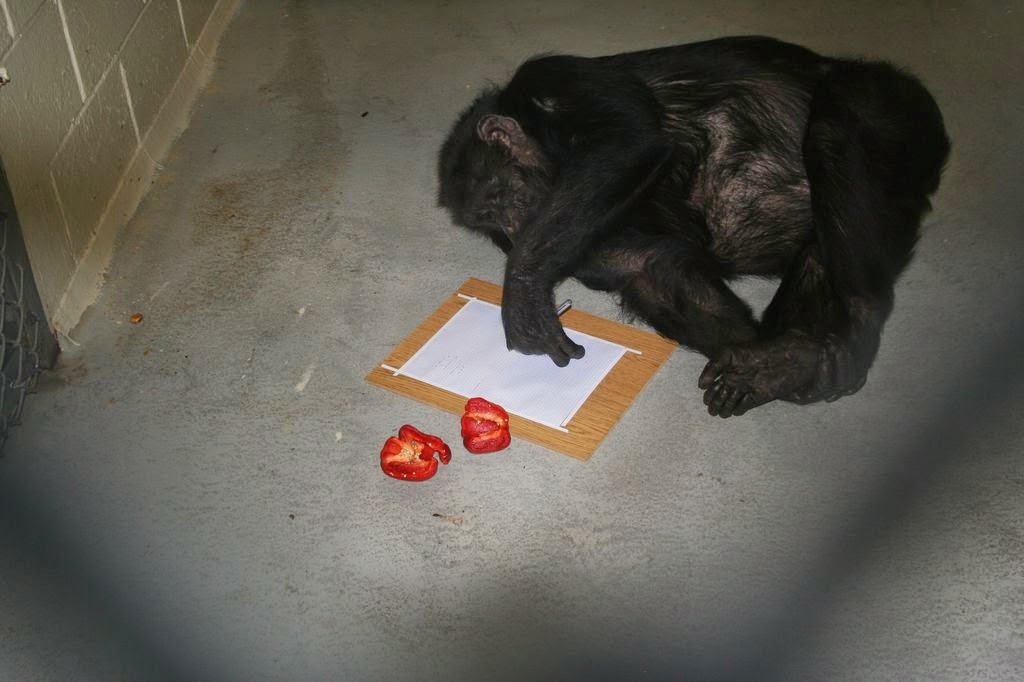 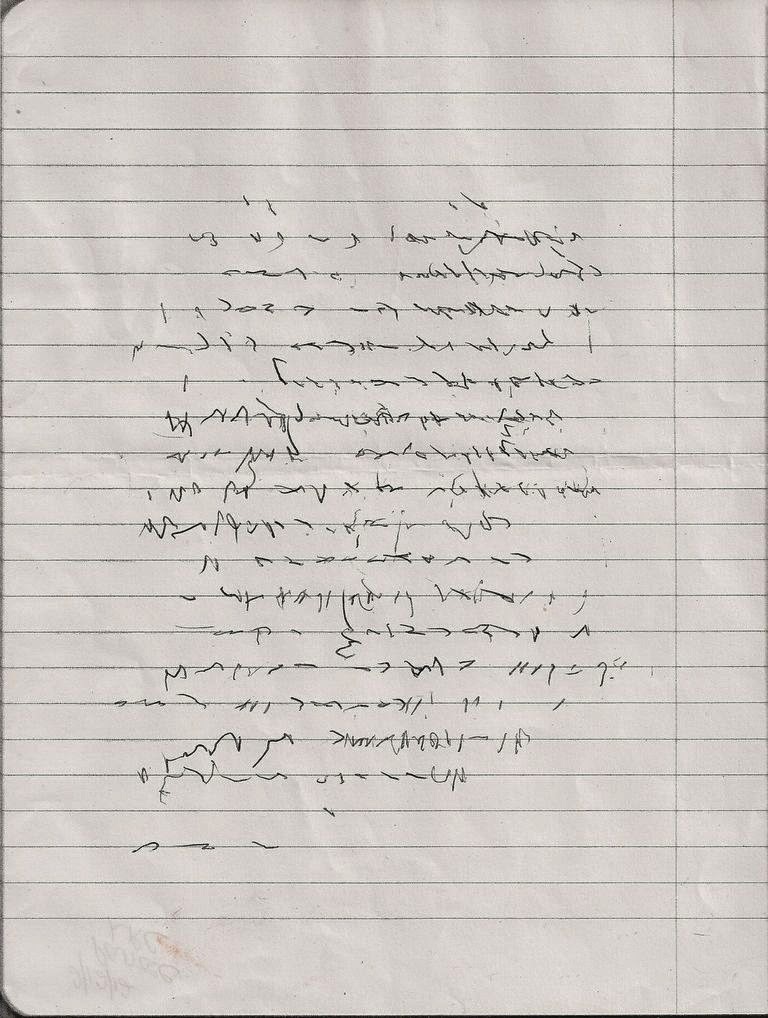 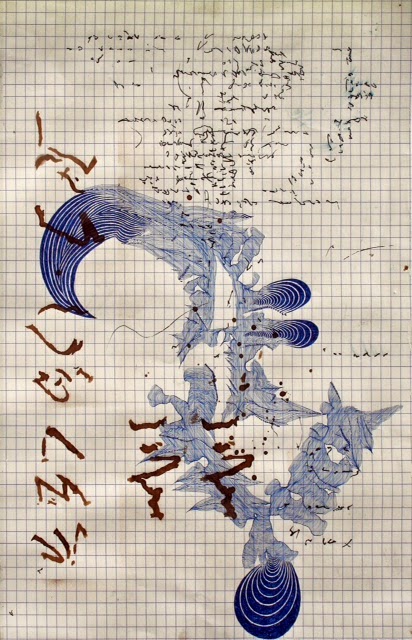 My name is Craig Dongoski. I'm an artist based in Atlanta. Recently I learned about your site and focus on asemic writing. I'm writing you here to share with you some developments in my work with hopes I might get on your radar. For the last three years I've been working with a language-trained chimpanzee named Panzee (who sadly died this year at 28 years old). Specifically I have been working from extraordinary writings that she does (see below). I just had an exhibition titled  The Primates Notebook. here is a review of the show http://www.artsatl.com/2014/05/whitespace-craig-dongoski-charlie-watts/

1. I am interested in the sounds of inscription made from drawing and writing

2. I believe everyone has one idea. My idea rests on a question: Where does writing end and        drawing begin?

4. Robert Ashley is the most important artist to me in any medium

5. Henri Michaux was the last Surrealist. Arnulf Rainer was the last Expressionist. I find myself thinking about this often.

6. Jackson Pollock has been quoted saying he felt he had no skin. I’ve never been able to view his drip paintings without thinking of them as a nervous system exposed.

7. My work attempts to expose the nervous system.

8. In 2011 I fortuitously learned about The Language Research Center where the focus is on communication between human and non-human primates.

9. There I met Panzee a language-trained chimpanzee who has an extraordinary ability to write (a hidden language possibly). Thus altering the context and content of my work.

10. The work submitted here represents work coming from this relationship.

11. My (and our) closest physical contact with Panzee are the witnessing of the writings.

12. I copy Panzee’s marks just like one would copy characters to learn, internalize, metabolize any other language.

13. I strive for an art that resides outside of politics and outside of economics

14. I believe in this quote by Austin Osman Spare: ‘Art can contradict Science’

15. Panzee was born on December 31, 1985. This is the date of Janus looking forward and backward in time. A duality also extended perhaps between the human and non-human realities.

16. Panzee died this year on February 9, 2014. She was 28 years old. She was filmed performing trials her entire life. Two days before she passed she was filmed doing a writing. This was her last recorded document.