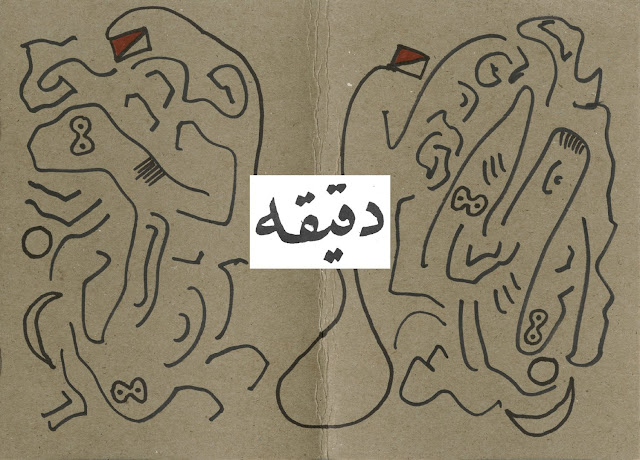 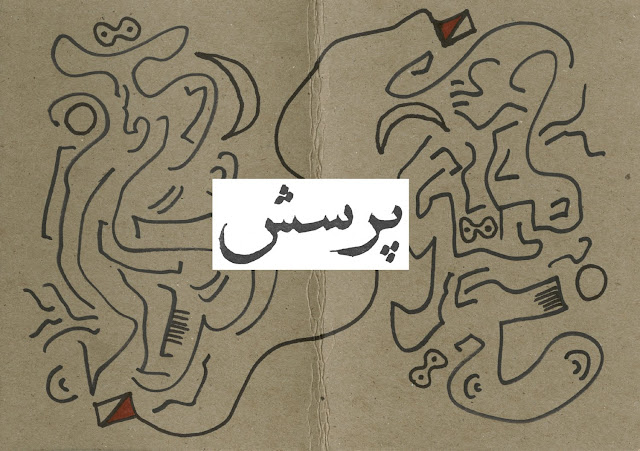 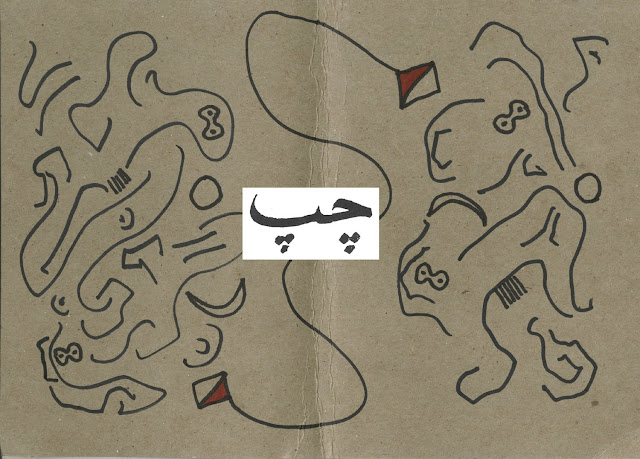 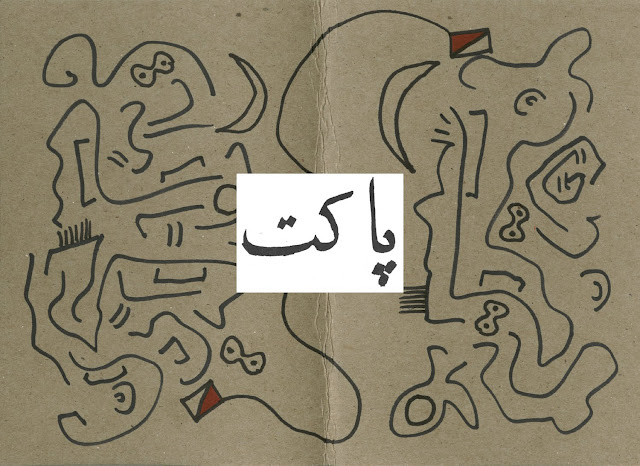 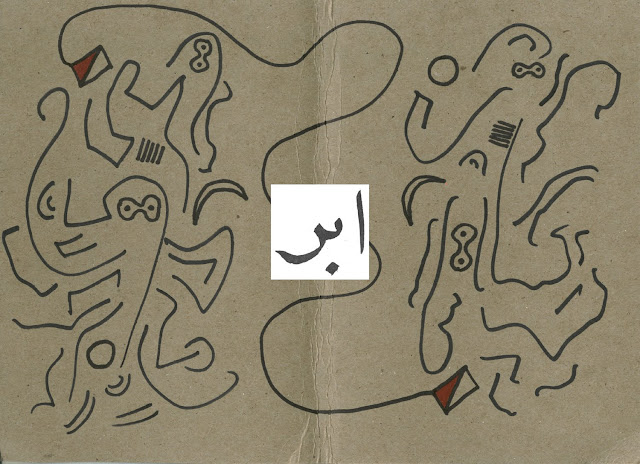 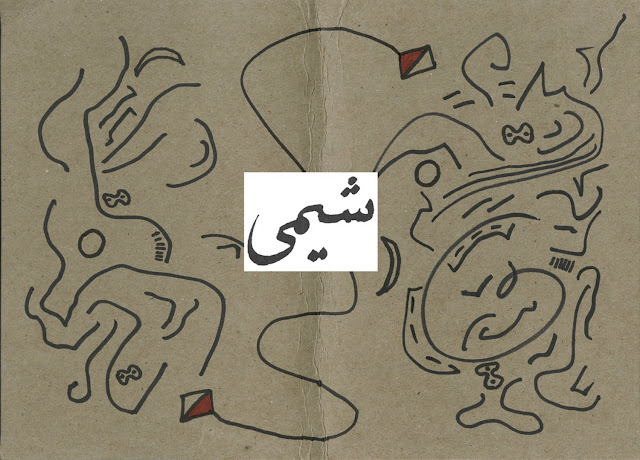 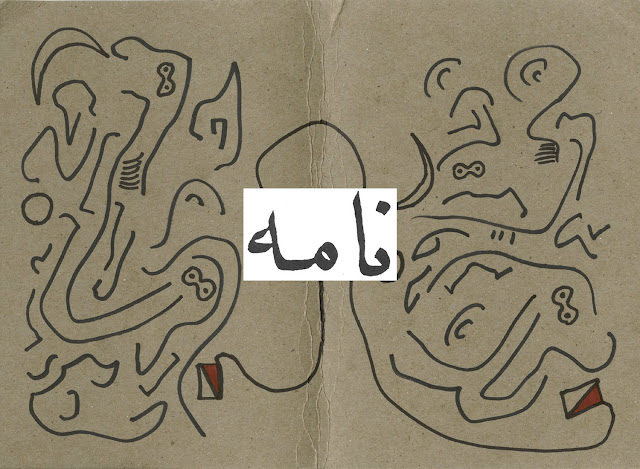 Posted by Michael Jacobson / MK JCBSN at 9:23 AM

do we get a hint as to
what's behind this?

that asemic writing is an echo of existing alphabet/language writing whether it wants to be or not. it's a cultural position where conducting yourself in near alphabet recognition encroaches onto other alphabets (cultures). so meaning bleeds into other possibilities. what one person's desire to skew written expression culminates into other existing realities. arabic is scribble to red state populations. that's a grandiose comment, i know. give credit where scribble is due.

thanks Nico
i was looking for something less theoretical more like 'why specifically this and that' together, or is it purely visual and let associations fall where they may?

the "persian" inserts are a list of 8 words. i thought michael was going to put them in. chemistry, cloud, envelope, left, letter, minute, name, and question. the fallacies seep in at the very point where portions of alphabet resemble asemic activity or in this case background drawing. how to tell them apart. our eyes seek assurance, they sometimes demand meaning. and for that, they can be considered brats.

thanks for that Nico.