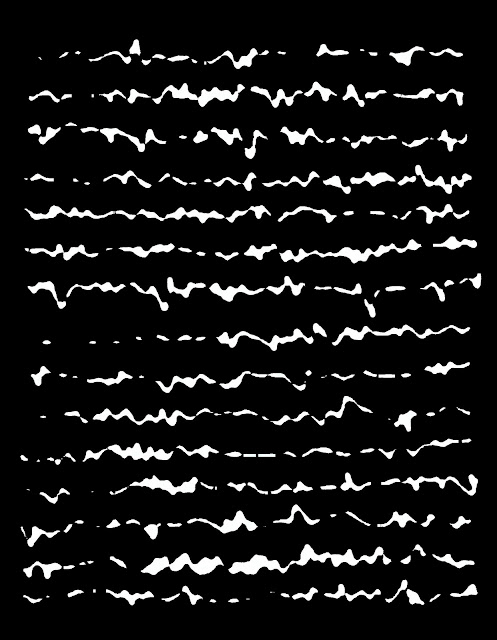 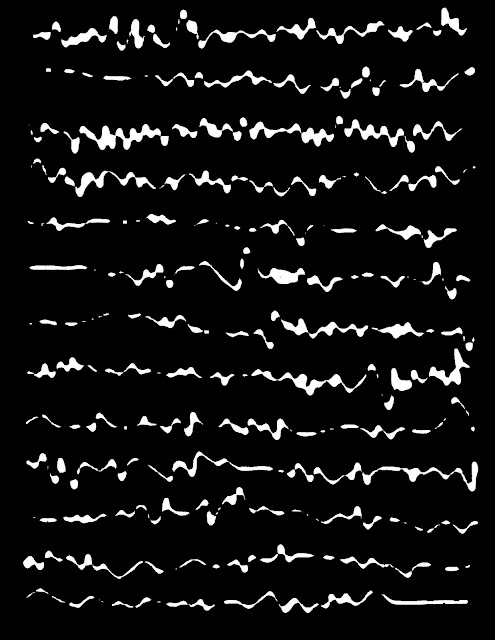 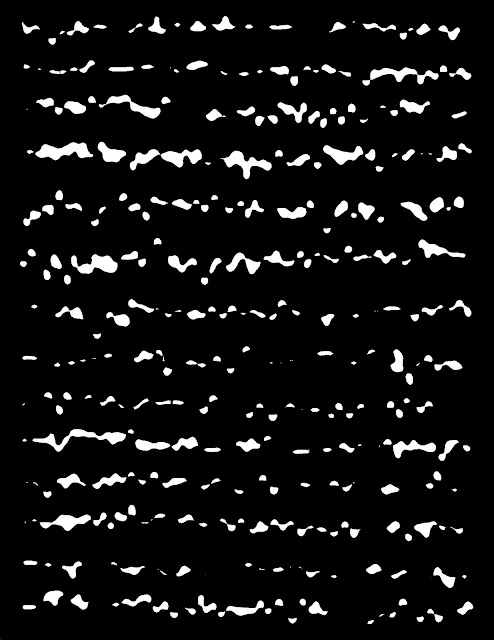 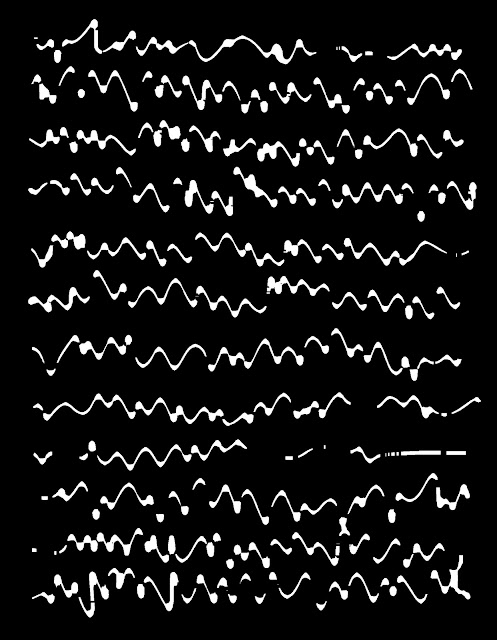 Posted by Michael Jacobson / MK JCBSN at 7:30 AM

I’ve seen lots of calligraphy as an art form, but I’ve never seen anything as graphic as this black and white series called Asemia Nova. It looks like it was gleaned from a left over form of ancient cuneiform. This is neither writing, or conceptual art . I think that it has rather become a hybrid of sorts that speaks to the ordered mind that loves all things artistic. Years ago I owned an alphabet cone which is a type of exotic sea shell. Thinking back, It reminds me of this series, but rather like a photo negative of black on white not white on black. Alphabet cones are bone white outer material with series of corresponding black dots and dashes that spiral around the outside of the shell. They are toxic and deadly to marine life. I think that this series shows toxicity towards mundane art as we know it. Art becomes the cuneiform writing read by our minds, produced at the hands of Reed Altemus.

I am very much impressed from your post.It has amazing information.I learned lot of new things which explores my knowledge in various developments.So i must appreciate your efforts on posting these information.
Web Hosting