SJ Fowler – The Selected Scribbling and Scrawling | Out now from ZIMZALLA 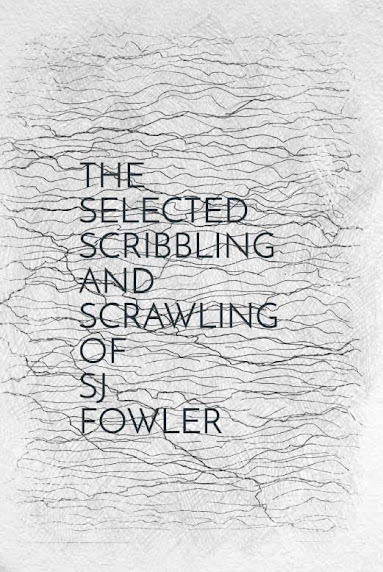 The Selected Scribbling and Scrawling of SJ Fowler is an assembly of hand-drawn, instinctive visual poems from beyond the ragged edge of language. Supplemented by essays and oblique reflections, this expanded second edition is a not quite compendious compendium of Fowler’s asemic work.Arguably the most comprehensive book of asemic poetry ever published in the UK, this sizeable revamped new edition includes images of live asemic performances alongside over 100 visual poems divided, and introduced, in chapters. Asemic neurons butt up against poetic constellations, portraits and diagrams. The volume is bookended with new articles on the asemic endeavours of SJ Fowler from David MacLagan, Tim Gaze, Michael Jacobson and David Spittle, plus a longform discussion between Fowler and Zimzalla editor Tom Jenks. Click here for a sample. 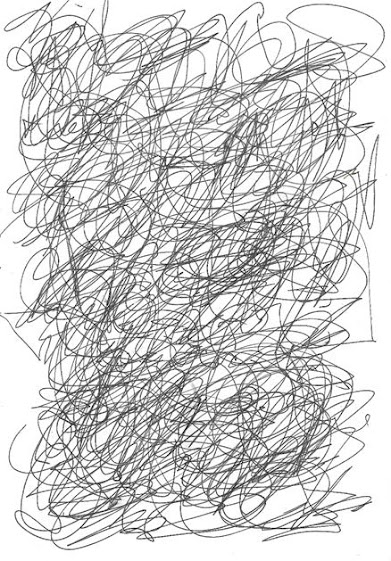 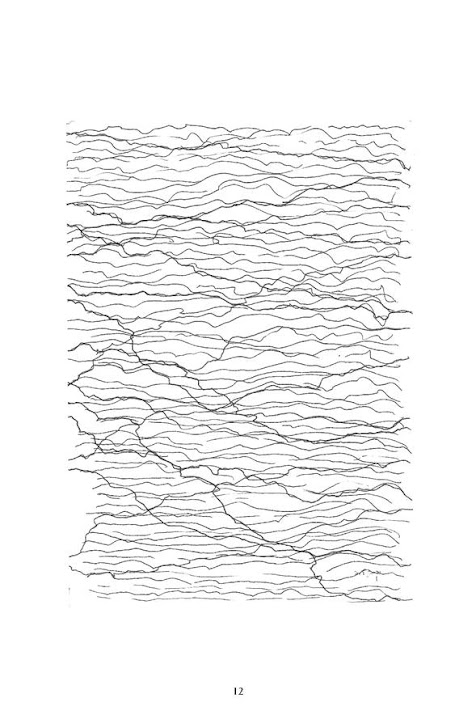 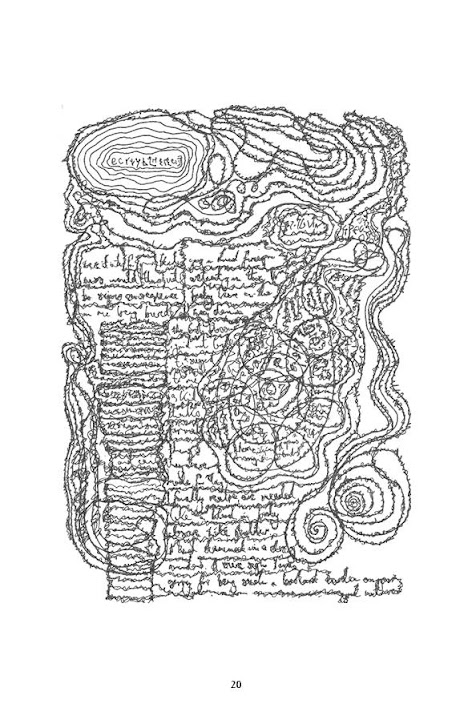 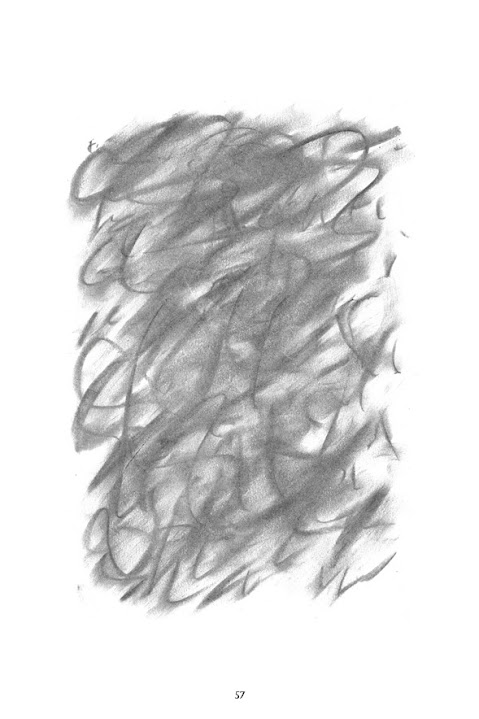 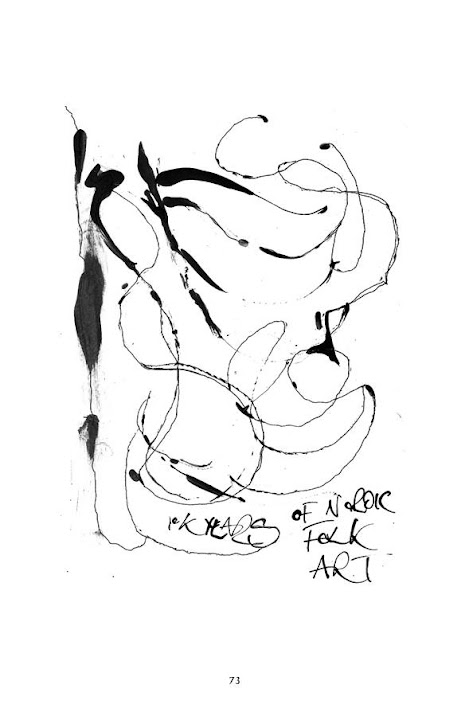 In this new/old inexhaustible asemic writing genre, SJ Fowler digs, not a grave for literature, but a hole to plant seeds for a new scribal species currently undergoing a wild flowering on and offline. Fowler keeps his asemic gestures rolling onto the cloud white pages by his pen striking like neuronic lightning, waking up the reader to an essential epiphany: we are here to be human and to acknowledge ourselves. From cave scribbling to blinding Internet speeds, It’s up to each generation to reinvent the human asemic scrawl and scribble, and SJF is a natural at this form of artistic expression, his “primitive” pen being a perfect tool for him to use for this type of calligraphic work. In The Selected Scribbling and Scrawling, and asemic writing in general, the purpose is about taking in writing in its complete totality, and capturing the grand swathe of historical and the contemporary writing styles, unifying and synthesizing the non-verbal with the slightly legible word(s). SJF champions his mighty pen like a precision instrument to harvest the agriculture of manuscription swirling around inside his mind. As asemic readers and writers we witness this experience together, and Fowler strives to entertain us well in the amount of time we spend between the covers. Asemic writing is an interesting glue to hold an essential part of early 21st century writing culture together, and SJF knows how to creatively express himself honestly in this zeitgeist.

SJ Fowler is a writer, poet and artist who lives in London. His work has been commissioned by Tate Modern, BBC Radio 3, Somerset House, Tate Britain, London Sinfonietta, Southbank Centre, National Centre for Writing, National Poetry Library, Science Museum and Liverpool Biennial amongst others. As of 2020 has published eight collections of poetry, five of art-poetry, six of collaborative poetry plus volumes of selected essays and selected collaborations. His writing has explored subjects as diverse as prescription drugs, films, fight sports, museums, prisons and animals. He was part of the first ever Hub residency at Wellcome Collection, and is currently poet-in-residence at J&L Gibbons architects and formerly at Kensal Green Cemetery. He is associate artist at Rich Mix. He has been sent to Peru, Bangladesh, Iraq, Argentina, Georgia and other destinations by The British Council and has performed at over 50 international festivals including Hay on Wye, Cervantino in Mexico, Berlin Literature Festival and Hay Xalapa. His feature-length films have premiered at Whitechapel Gallery and his plays have been produced by Penned in the Margins and Dash Arts. He was nominated for the White Review prize for Fiction in 2014 and his short stories appear in anthologies such as ‘Liberating the Canon’. His visual art has been exhibited at the Palais de Tokyo, V&A, Hardy Tree Gallery, Jerwood Space and Mile End Art Pavilion, with installations at Kielder Forest and Tate St Ives. His librettos have been performed at LSO St Lukes, Wigmore Hall and Guildhall Music School. His articles have appeared in Nature, Vice Magazine and Jacket2.  He’s been translated into 27 languages and produced collaborations with over 150 artists. He has pioneered the fields of performance literature, literary curation, collaborative poetry and Neuropoetics. His asemic writing, sound poetry and concrete poetry have also become known internationally.

He is the founder and curator of The Enemies Project and Poem Brut as well as poetry editor at 3am magazine and former executive editor at The Versopolis Review. He is lecturer in Creative Writing and English Literature at Kingston University, has taught at Tate Modern, Poetry School and Photographer’s Gallery and is a Salzburg Global Fellow. He is the director of Writers’ Centre Kingston and European Poetry Festival.http://www.stevenjfowler.com/asemic

Welcome to The New Post-Literate: A Gallery of Asemic Writing. This gallery serves as a base for an international group of artists, writers, readers, and viewers. I am currently seeking submissions for 2020. Please send your submissions, under 8mb, as jpgs, gifs, and png.